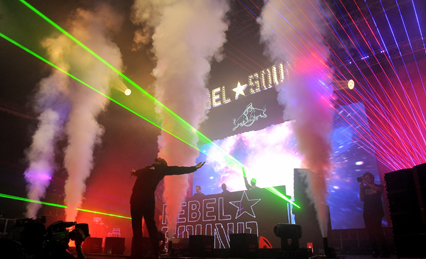 The crew, created specially for this night, and comprising of Chase & Status and Rage, the original Digital Soundboy Shy FX, and sound clash King and reggae legend David Rodigan, took on reigning champions BBK, as well as Stone Love and New Yorkers A$AP Mob, and won 3 out of 4 rounds, to claim the title of champions.

Months of hard work, secretly cutting dubplates and working with some of the biggest artists in the UK and throughout the world, finally paid off as the crowd went wild for what Radio 1’s Zane Lowe described to be a “perfect” show.

Watch the winners video below, and listen to the first Rebel Sound feature interview HERE and below.

There are no comments